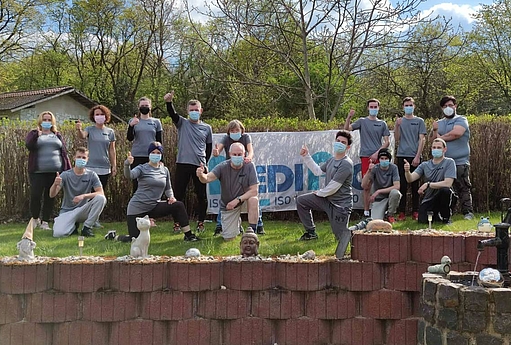 For a number of years, corporate runs have taken place across Germany and many companies have taken part in them. Initiator is the „GID – Projects GmbH“. This year should be not different even with the uncertainties concerning corona.

Since a mass start was not possible in this time the organizers have developed a new concept to comply with regulations. Over the period from 01.-14.05.2021 „LAUF WEITER®“ organized the biggest German-wide corporate run under the name „FIRMEN-LAUFEN-WEITER“.

That’s when MediPac GmbH form Oberpleis thought to themselves: “We will join as well!” To escape the mundane work routine with short-time work and home office. Also keeping with the theme: Trim the fat! It didn’t take long until the first employees started registering voluntary. Of course, our CEO Mr. Dr. h.c. Ferdinand Templin and his wife Waltraud Templin wanted to take part even at their lofty age. Naturally, the right T-shirts where needed for the run, which were printed from a local provider.

On 07.05.2021, the day finally arrived. The preparations were complete and all participants took a corona-quick test bevor the event. Starting point was on the residents of family Templin. After a quick introduction to the route, all participants took their start with enough space in-between them. Over the carefully laid out route everyone was greeted with a wonderful panorama: The “Siegengebirge”. The weather also turned up for the period of the run. Now you could see who of the runners was not rusty yet. Everyone recorded their time with their smartphone, which was then transferred to the website of the organizers. After everyone returned to the starting point they were greeted with something to drink and to eat. Obviously under consideration of the corona guidelines. The participates were all in agreement: Let’s do that again, next time.

All in all the run was a great success. It showed how important the feeling of belonging and togetherness is in the company – especially in these difficult times. 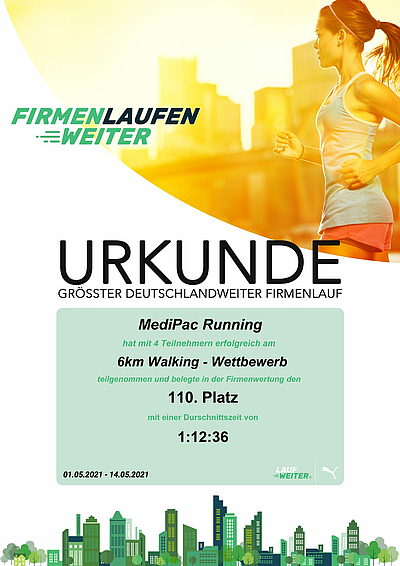 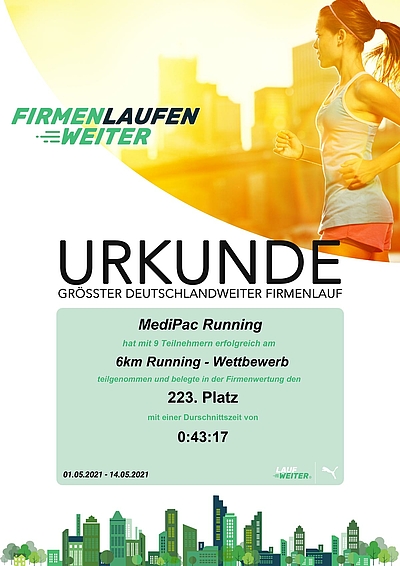 According to your system settings this website is displayed in English language.

If you wish to continue in different language please choose: